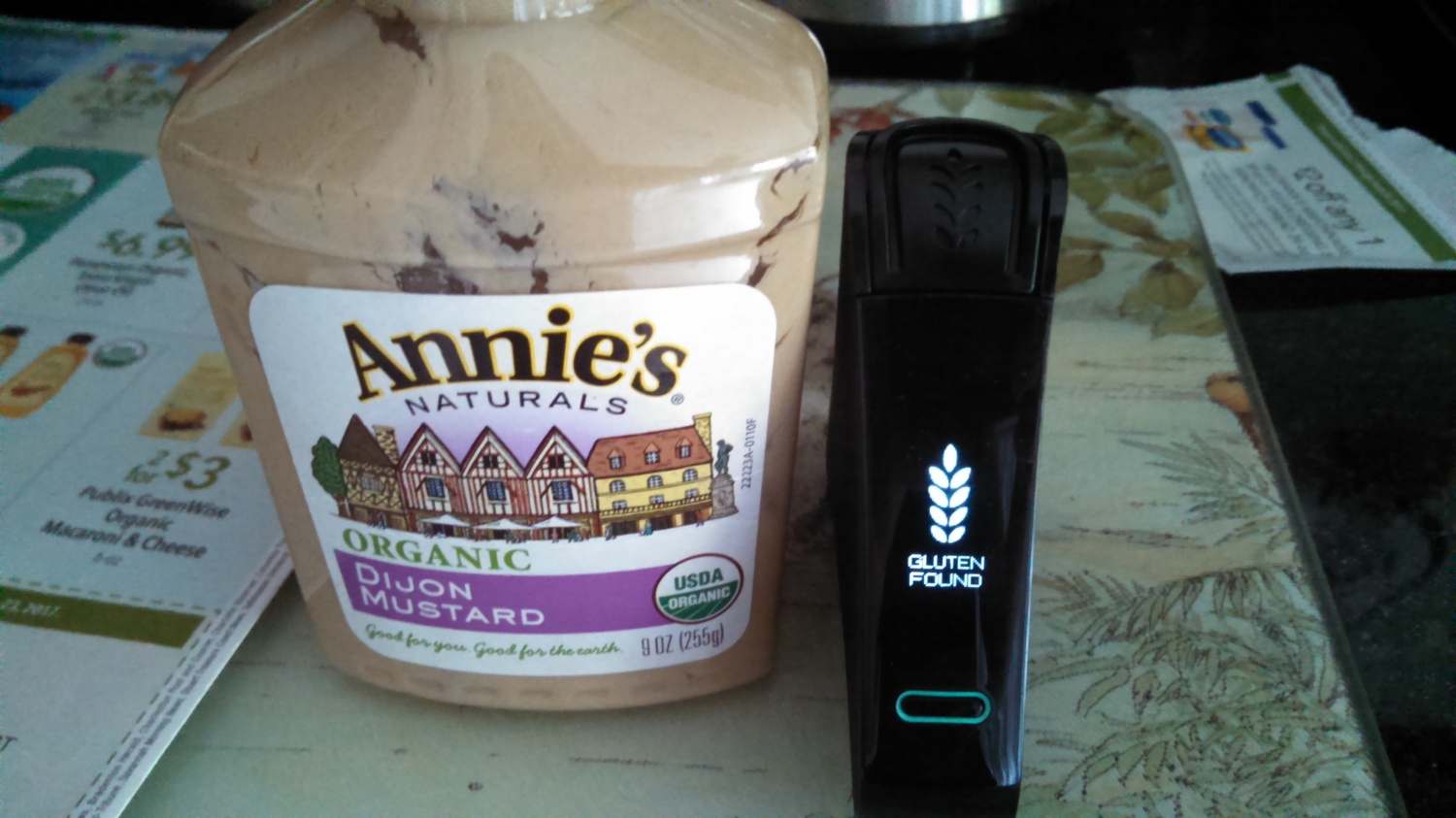 I’ve delayed writing this post because I wanted a big reveal. Last post I talked about the surprising news from the gastroenterologist that my serology showed evidence of ongoing gluten exposure. I’ve been reeling, trying to find the source. Where is the stealth gluten?

Where, oh where, is the stealth gluten?

After emailing several manufacturers to get reassurances on some beloved faves, and getting no reply from a few (I’m talking about you, Dial soap: just because you’re my husband’s fave doesn’t mean I can’t kick you to the curb), I put my new Nima sensor to work.

Note: I receive nothing, no money, no discounts, no freebies, no perks whatsoever for talking about Nima. I bought my sensor with my own money and to my knowledge, the company has no idea I write this blog.

I tested more than a dozen different products, both those labeled gluten free and those touted online as gluten free by their manufacturers but not labeled as such. Each time, I w

aited the requisite three minutes, excitedly hoping this would be the product I’d unmask as harboring stealth gluten.

I started with the following products labeled as gluten free and new in the past six months to my diet:

They all produced the signature smiley face confirming no gluten lurked in the product. Whew!

I then tested the following products identified on the manufacturer’s website as gluten free:

They tested negative for gluten.

I then tested the following products that no one said were or weren’t gluten free:

A little frustrated (I want a source!) and a lot relieved (I love these products and would hate to forgo them), I took a break.

And then I thought about three new prescription meds in our medicine cabinet. Even though my pharmacist is amazing and always checks the gluten status of any drug before she fills my prescriptions, I tested them because the manufacturer of the generic can change from month to month and two of them didn’t show up on glutenfreedrugs.com, the indespensible online listing I discussed in another post.

Everything tested negative for gluten.

In a bit of serendipiosity (not a real word, I know; I’m borrowing from one of my all-time favorite movies: Serendipity), during a shopping trip to Aldi over the weekend, I discovered a can of Fit & Active low sodium diced tomatoes that previously was labeled “naturally gluten free” no longer contained a gluten free designation.  Hmm.

What does “naturally gluten free” mean, anyway? In my previous post I wrote how, according to one manufacturer, its frozen vegetables could not be labeled gluten free. Although the veggies themselves contained no gluten ingredients–and no ingredients other than the vegetables–they were processed on lines that processed gluten-containing products and, therefore, could pick up traces of gluten during processing. This also was true of a popular line of sparkling ciders, as I shared in another post.

Maybe, I thought, one of the fo

ods in my pantry labeled “naturally gluten free” aren’t gluten free after all. I pulled out a few to test.

The next suspect was Annie’s Naturals Organic Dijon Mustard.  The back label says “naturally gluten free.”

This time, Nima begged to differ. 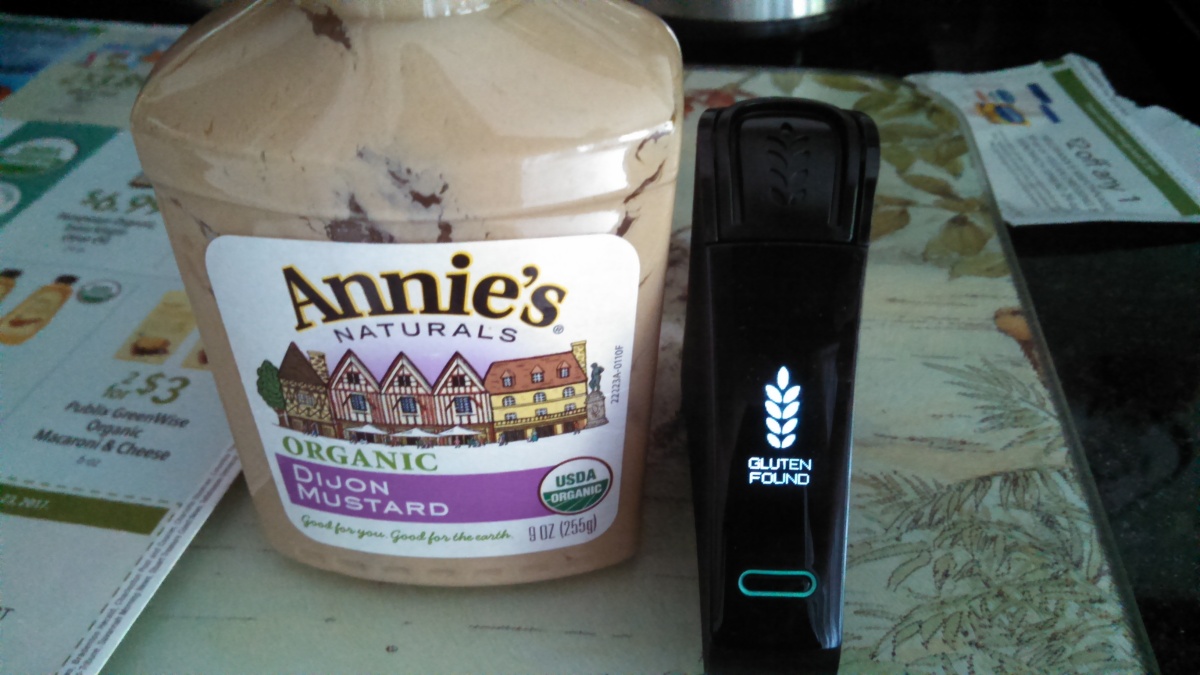 I actually did a happy dance, even though we just used this mustard yesterday and the day prior. We frequently use this mustard. It’s the secret ingredient for both our cole slaw and our potato salad, plus it has given a zesty kick to several chicken dishes. In the last month, I’ve ingested this mustard at least 16 times, if not more.

I now know why inflammation and pain are bloating my little belly. I have a reason why I have a new outbreak of DH (dermatitis herpetiformis, aka the gluten rash some of us with celiac disease get) on my knees. I know why I’ve felt incapable of thinking straight. I know why I feel so tired, why my muscles hurt and spasm (exacerbating fibromyalgia). I might even have some explanation for why I’ve been losing my hair. Yes, these all are symptoms and effects of celiac disease.

And I’ll be able to tell my gastroenterologist on Thursday when I go in for an upper endoscopy and biopsies to check on the damage in my small intestine I really am following the gluten free diet. I just got outwitted by inaccurate labeling masking stealth gluten.